How often do you hear that in a day’s time?  I notice it often. 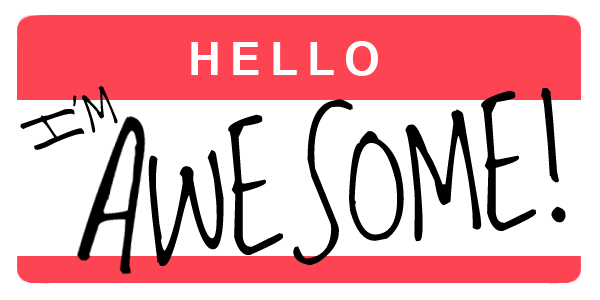 “Did you see the new Batman movie?  It was awesome.”

What about the root word?  Awe.  What is awe?  The dictionary defines awe as a feeling of reverential respect mixed with fear or wonder.  That sounds like something I should reserve for the Lord.  Don’t you?  Psalm 33:8 – Let all the earth fear the Lord: let all the inhabitants of the world stand in awe of him.  Does that brand of ‘awe’ coincide with my son getting 19 of 20 words ascribed on a piece of paper correctly?  I’m thinking not…

Yes, in case you were wondering I’m ragging on something that seems small.  But I see this as a matter of respect.  It isn’t that the examples above aren’t worth celebrating, but rather we’re using the word out of context.  Big time…  I don’t need to dedicate 1000 words on a blog page to this subject.  Words have meaning.  Let’s get them right.  If you don’t see God as awesome but you do view the upcoming weekend bra and panties sale at Wal Mart as awesome, the only excuse I’ll accept at this point is that of you being recently kicked in the head by a calf.

Be salt and seek light my friends…  😉