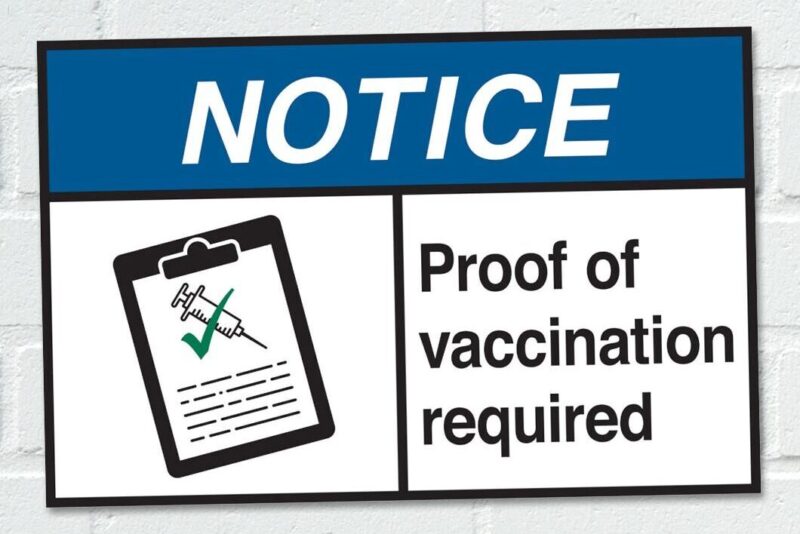 That’s quite an article title, is it not? Well, let me see if I can bring this full circle for you. In a chat for an advocacy group I volunteer within, a few remarks were offered from a friend I’ve come to really appreciate and admire. She is finishing her work in transportation, soon to be a homesteader and stay-at-home mom as she and her husband begin their family. I’m excited for them, as they’re quite a bit ahead of me at that stage of life comparatively. Yet, they have struggles, just like us all.

Here is the context you’ll need. She was remarking that OSHA had handed down vaccination compliance threats that had trickled, with some enthusiasm, into her workplace. Their Human Resources department had written a memo, posted it in public, and forced them to all initial and date on the posted memo that they read it and would comply. The memo, which she provided and I read, was pretty heavy-handed and not offered particularly well in my opinion. Additionally, I’m reserving my comments and thoughts on vaccination mandates, as they only make the underlying problem we should identify more complex. So let’s put a pin in the vax/no-vax thing for a bit.

Here are a couple of the screenshots from the group conversation we were having:

My friend was apparently discussing this public memo with a colleague when another coworker bebops by and explains that the company can, in fact, place upon them mandates, and their privacy and preferences are both forfeit in this matter.

Think about that for a moment. Ask yourself what ‘system’ you inhabit when things that ought to be easily characterized or referenced into “good” and “bad” columns are not aligned with a shared agreement on what constitutes good and evil. Instead, they’re relegated, offered, and backed by the company policy, rather than something more transcendent. HINT: You know you’re in real trouble when the company is deciding for you all things “good” or “bad” for you.

This second excerpt from the conversation really got me thinking. The word “morale” stood out to me in a way I hadn’t brought to bear before. I’ve been offering a short series in my Adult Sunday School class over moral relativism contrasting objective truth, with the Truth of Christ as the backstop. We defined and discussed the “moral” in detail as a foundational piece to build upon in class. What about the word “morale” though? The word itself is a French adaptation and regards moral conduct and thinking, sometimes associated with enthusiasm or lack thereof.

Regarding morale in the workplace, it occurred to me, rather quickly, that the company might have wished for a more appealing option, not necessarily for the benefit of the employees, but often to avoid their own headaches. But more importantly, even with a truly undesirable policy, they didn’t actually concern themselves with whether or not this memo and the content were actually moral or not. If that entered their thought, it certainly wasn’t offered in any way, shape, or form recognizable in the memo. They didn’t care about morale, and morals hadn’t been put into play. That was obvious.

Frankly speaking, I don’t find evidence of moral thought or action as their desired outcome. Rather, they want COMPLIANCE… And in this scenario, compliance is a substitute for forced loyalty, as crazy as that might sound upon first reading. Think about it. Have we become a world that values loyalty over truth?

The answer is a quantifiable and resounding, YES…

If your loyalty can’t be expected, then compliance will gleefully replace it. And I have to wonder if that isn’t actually preferred. After all, your employer holds your livelihood in the palm of their hand. That is power, and power is addicting.

Whether it be politicians or your boss, they want loyalty compliance. And too often loyalty compliance is abused, so those in positions of power can hurdle things they should have stopped to confront, much to their chagrin. This is not a good path for culture to be on. When we deny the truth and go with the herd, we run the risk of ending up hamburgers.

Make no mistake, this is about compliance at its very core. There is a significant trend away from objective truth. I submit to you moral relativism is satanic. Objective truth matters supremely. And we’re being torn apart at every turn whether we discern this or not. You, me, and everyone else is going to have to decide what we’re going to do, or not do, and suffer the consequences that are irrefutably bound to our choice. Honestly, I’m not too concerned about the choice. Too many focus on that. Instead, look at what the other factors are doing to us. We’re being handled with a heavy hand, and that is putting things lightly. The same people who formed the mantra, “my body, my choice” are out in force to make sure YOU do something THEY prefer. That’s quite a pivot. And here we are using their slogan. It isn’t ideal, is it?

My concern? When we’re handled the way we have been, it forms responses that are natural. It also serves as a behavior example, and when we see it too much, we accidentally emulate it. We must resist the temptation to deal with others in heavy-handed fashions. I know what I’m talking about. I have worked for a couple of horrible bosses in my time. They were micromanaging types, that loved to scream and yell, belittle, and really crawl all over me. Over a period of a decade, I began to take on some of their traits, and before I knew it, I too was acting like a first-class jerk to the people in my charge. It took me a long time to overcome those engrained default positions.

“Beware that, when fighting monsters, you yourself do not become a monster… for when you gaze long into the abyss. The abyss gazes also into you.”

While I’m not prone to quoting Nietzsche in Christian circles, I can draw proper conclusions from his works. Besides, while he wasn’t particularly kind to Christians in the written word, he’s largely misunderstood in terms of context. Nietzsche offers some serious considerations for us in this regard. When you scrap and squabble with your opposition, you tend to match them on their level in order to defend and/or win. That inevitably makes you like them. We should be very careful as Christians who know Truth, we don’t quickly resort to worldly actions and responses, for they aren’t often what He would approve.

Do I know how to answer the question of whether to vax or not in response to Covid-19? I think I know how to answer that question. But, it doesn’t matter to you. Nor should it. I know my days are numbered and I’m not afraid to fall asleep here and wake up there. Not one bit. What I do fear, is that we’ll be so caught up in silly arguments, while inadvertently adopting bad behavior, that we’ll miss the forest for the trees.

If we can’t hang our hats on verses like John 14:6 or John 15:13, then we might as well embrace what we read in the Books of Deuteronomy, Judges, Job, and Proverbs as everyone did “what was right in his own eyes.” Take note, the “h” in “his” wasn’t capitalized… We have a duty to hold ourselves in a moral light. We have a common agreement on the nature of good and evil. Our ethics are formed in the Word. Calibrate your moral compass my friends and don’t depart from it.

I pray you become both salt and light…