Some time ago I was visiting with a friend of mine and he kept telling me how much alike I was to a friend of his on facebook.  He kept referring to both of us as ‘foundational thinkers’ like Jefferson and Adams, etc.  I’m not sure I agree with him.  I rarely have what I’d call an original thought.  I wish I did, but my buddy is giving me too much credit.  Sure, I can answer questions and provoke responses, but I’m generally offering considerations as seen through the lens and filter of what I’ve been taught and/or learned.  Am I not?  Regardless, my friend encouraged me to ‘friend request’ this brother-from-another-mother type in hopes we’d hit it off.  I’ll admit freely, that isn’t typically how I make new friends, but I was certainly willing to give it a whirl.  I loathe facebook on some levels, so if I can make a new pal then that helps offset the damage, right? 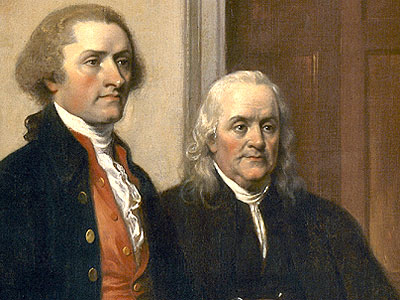 Boy was my buddy right.  My new friend, let’s call him Bret, is routinely offering insight and considerations on his facebook wall.  He’s truly a thinker and much of what he pens resonates with me and causes me to think as well.  That’s becoming as rare as hen’s teeth these days, so I’ve really been digging it.  Bret and I have had many conversations now, and it’s been very fulfilling.

On October 31st, he wrote this on his wall for all to consider:

If you want to successfully spawn a revolution against your bad incumbent, then you list – in detail – your grievances with the voting record, statements, and too-cozy-for-comfort relationships of the bad incumbent.

Then, you raise the money to market that list to all of the voters.  Truth and transparency usually win the day, when given enough air.  #Work2018

I thought about that a good portion of the day.  Those are two of my favorite considerations – Faith and politics.  I saw and understood the parallel.  I agree with it and gave it a ton of brain muscle throughout the following several days.  He managed to get a handful of comments on his post, while I noticed that when I mentioned the reformation a couple times that same week I enjoyed the sound of crickets.  Either people don’t care for the Michael Show, or the reformation isn’t sexy enough to sell.  In this case, it is likely both.  Still…  I was hoping more folks would come around and join in, yet they hadn’t. 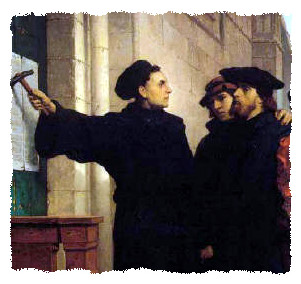 Can you for one moment take in what it must have been like to buck the Catholic Church at that time in history?  That was akin to bucking God Himself as far as most people were concerned.  You don’t mess with the Pope.  Everyone knows this.  What about the King?  When we sent the Declaration of Independence to the King George III, my buddy Bret was right in that half was a list of grievances.  The other half?  A big ‘kiss off’ note.  How do you think those grievances were handled after the Catholic Church learned of Luther nailing them to the front door?  What about George’s response after being handed the gran-daddy of all Dear John letters?  They both freaked didn’t they!

The people sharing their grievances in both cases were instantly targeted for extinction.  Why?  Because authority can’t be questioned.  If you know me apart from this blog, you probably know I respect authority, but give it healthy skepticism.  As should you.

Do you find yourself with grievances in life?  Have you dissected them to see if they are legitimate?  You should.  Some you may find simply aren’t valuable.  Others you may find are worthy of more consideration.  How do you handle those grievances?  Have you listed them out for the person or establishment that has aggrieved you?  Have you provided your concerns to others for consideration?  Is there no other way a grievance can be handled short of these actions?

I’ll bet you haven’t considered much of this kind of thing.  At all…  Don’t hear what I’m not saying folks.  I’m not suggesting you zip right out to find a way to be offended and then raise a ruckus.  Quite the contrary.  We’ve got an entire generation, or two now, of Americans that are offended by something every moment of the day.  That’s not what I’m driving at.  I’m talking about serious stuff.  Have you been wronged by the acts or decisions of your local elected official?  Has your church skipped some important biblical meat and served you mashed taters instead?  Is this a trend?  If so, you better be cognizant of what is going on and make yourself a list.  There are healthy ways of handling these things and it begins with questioning accompanied with a generous portion of respect.

I’m moving so far past my fear of offending someone, I might be bordering on becoming callous to it entirely.  I don’t seek to offend, nor should you.  But you better have yourself trained so you can sniff out the balderdash and see the poppycock coming a mile away.  Then, you better be able to communicate the issues raised, or you can bet your bottom dollar you’ll get double that dose the next time.  I’m asking you to not only be discerning Christians, but adults in a Representative Republic.  I’ve got news for you, we’re not a Democracy here in the U.S.  …And whether it is an Augustinian Monk, a bunch of ol’ boys wearing white wigs, or you that decides to upset the apple cart, there are good ways to do it and bad ways.  Be well researched and be honest.  Fight the good fight.  After all, when this whole ‘existence’ is over, what do you have to take with you to meet Him?  Just your past deeds and your Faith, or lack thereof…

Ephesians 5:6-8 – Let no one deceive you with empty words, for because of these things the wrath of God comes upon the sons of disobedience.  Therefore do not be partakers with them; for you were formerly darkness, but now you are Light in the Lord; walk as children of Light

Be salt and seek light my friends.