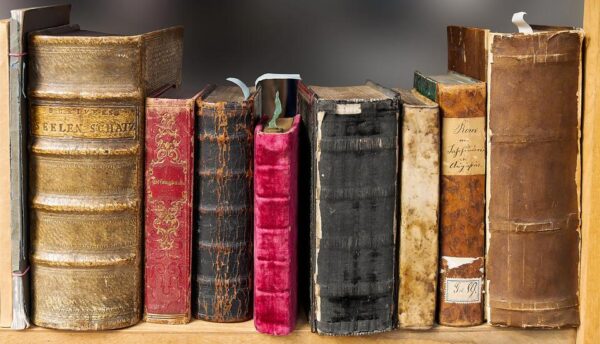 I’m asked occasionally the origin of my thoughts and precepts.  All are heavily plagiarized…  I barely have any original thoughts of my own.  I have gleaned and pondered the overwhelming majority of my considerations from the works of people far smarter and more considerate than me.  While I do also read crap from the likes of Dawkins, Singer, Alinsky, Sanger, and other horribles of that ilk, I do so only to hold a firm grasp on how their mind works, what they believe, and why.  …Certainly not for inspiration, pleasure, or presuppositional thought.

I derive thoughts in 3 primary methods. I read, listen, and discuss.

I read and uptake information in that general sense. I listen to others which includes but isn’t limited to radio, podcasts, YouTube lectures, streaming content, etc. I also have conversations. These 3 basic types of stimulations cause us to think. As much as I’d like to match the likes of Copernicus, Socrates, and Newton, I’m not able to take in an unsolved problem and quietly deduce responses to complex questions by simply contemplating. In other words, I can’t tackle the biggest questions of the day simply by scratching my beanie and staring into the abyss. Tasks such as those require thinking beyond my ability. I enjoy two-way dialogue the most, but reading and listening to others is a large part of my day. At any given time music or lectures can be heard reverberating through my shop speakers. Thinking happens when you use any of these 3 methods, and we are called not to conform to the pattern of this world, but be transformed by the renewing of our minds. Romans 12:2 for those of you who couldn’t place that tidbit… 😉

I’ve put together a reading list. Actually, in point of fact, this is a reading list I gleaned from a friend with several additions of my own over the years. And to preempt an obvious question, no, I haven’t yet read all of these books. I’m not quite halfway through them.

The list grows as quickly as I read them. Some, like the Bible, I read routinely. Others, like “On War” by von Clausewitz, “The Art of War” by Sun Tzu, and “The Prince” by Machiavelli I read annually. I’m involved heavily in a few slices of civil liberty from a political perspective, and it is wise to know and understand politicians and the political terrain. I use those three books to keep my sword sharp.

A few books I read for pleasure, but most that fall into the “pleasure” category are considered classic pieces of literature and are heavily steeped in symbolism and metaphors. Also, I must add, that I’m terrible at reading much more than blogs and the occasional article on screens. I like the tactile feel of paper under my fingers, and even the smell of old books assuming they came from libraries and not the crazy neighborhood cat lady. I buy books by the dozen from Christian charities on eBay, often paying as little as $2 or $3 shipped per book. When the net goes down or is screened beyond today’s algorithms, I’ll have plenty of static content to enjoy.

We need to be out in the world as Christians listening and discussing things with people. We must be visible in our presence if that makes sense. But we must also read. Chief among the prerequisites is the Word of God. There are many others that are also important.

If you’d like a pdf download of the Front Row Christian’s Recommending Reading List, go for it. I would guess that you’d have earned qualifications for 1, possibly 2 PhDs upon completion. Or here the list is for your consideration. May they glorify Him as you read and consider them:

The Bible: there is no substitute for understanding our own cultural history.

Augustine The Confessions and The City of God 354-430AD

Berry, Wendell. Life is a Miracle: an essay against Modern Superstition 2001  – plus his novels

Bloom, Allan. The Closing of the American Mind: how higher education has failed democracy and impoverished the souls of today’s students 2012 First chapter

Bloom, Anthony. Meditations on a theme: a spiritual journey, and School for Prayer1970

Bonhoeffer, Dietrich. The Cost of Discipleship: Letters and Papers from Prison, and Life Together . See also the biography by Eric Metaxas and Tim Keller, Bonhoeffer

Bruce, FF. The Spreading Flame: the Rise and Progress of Christianity from its first Beginnings to the Conversion of the English 1982 and his bible commentaries

Budziszewski, J. The Revenge of Conscience and What We Can’t Not Know

Cronin, AJ. The Keys of the Kingdom A family favorite

Dallimore Arnold. George Whitefield: The Life and Times of the Great Evangelist of 18th Cent Revival

Donovan, Vincent J. Christianity Rediscovered: An Epistle from the Masai 1982

Elliott, Elizabeth. Through Gates of Splendor – for the challenge

Ellul, Jacques. The Subversion of Christianity and The Humiliation of the Word

Englemann (Seigfried & Therese) Give Your Child a Superior Mind

Ferguson, Niall. Civilization: the West and the Rest 2011 and The Ascent of Money 2009

Greene, Graham. His novels, especially as they deal with faith

Hannam, James. Genesis of Science: How the Christian MA Launched the Scientific Revolution

Homer.  The Iliad and the Odyssey

Johnson, Paul. The Birth of Modern, and A History of Christianity and Intellectuals

Keller, Tim. Reason for God: Belief in the Age of Skepticism 2009

Koestler, Arthur. The Ghost in the Machine and Darkness at Noon (translated by Daphne Hardy)

Kreeft, Peter. All his books for the unique approach to apologetics, especially The Best Things in Life, Making Sense out of Suffering, A Refutation of Moral Relativism and Three Philosophies of Life

Lee, Harper. To Kill a Mockingbird

Lennox, J. Gunning for God 2011 and God’s Undertaker 2007 Against the Flow 2015 – Northern Irish mathematician specializing in group theory, philosopher of science, Christian apologist, and Professor of Mathematics at the University of Oxford – read him! See him debate C. Hitchens!

Lewis, CS. All his work is worth reading: the Narnia stories, the science fiction, Till We Have Faces and the apologetics especially The Abolition of Man

Lifton, J. The Nazi Doctor – horrendous and undeniable part of our history

Macdonald, George. His novels for the stories and their purpose

Mackay The Clockwork Image and Mind and Matter

MacIntyre, Alasdair. After Virtue: a study in moral theory 1984

Medaware especially The Art of the Possible

Muggeridge, Malcolm. Anything after his conversion for its marvelous analysis of our times

Newbigin, Lesslie. Foolishness to the Greeks, Pluralism and the Gospel, and Proper Confidence

Novak, Michael. On Two Wings – a correction to the revisionist American history taught in school

O’Brien, Michael. Father Elijah’s Apocalpse, Island of the World, A Father’s Tale – novels that reduce one to prayerful tears

Percy, Walker. Lost in the Cosmos and all his novels

Ramsey, Paul. The Patient as Person; explorations in medical ethics  1970

Robinson, Marilynne. The Death of Adam, Gilead, and Home

Satinover, J. Homosexuality and the Politics of Truth – essential understanding

Sire, James. The Universe Next Door – easy to read introduction to world views

Skousen, Cleon. The Making of America

St John of the Cross The Dark Night of the Soul (translated, abridged, and edited by Kurt Reinhardt)

Stott, JRW Basic Christianity and The Sermon on the Mount and Same-Sex Partnerships? “The Bible Speaks for Today” is an excellent series of commentaries edited by John Stott

Stove, David. Darwinian Fairy Tales. A devastating critique of Darwin by an atheist philosopher who writes with tremendous wit

Sun Tzu. The Art of War

Tolkien, JRR. The Lord of the Rings, The Hobbit

Vitz, Paul. Psychology as Religion: the cult of self-worshipping 1977

Weil, Simone. Her books on problems with faith

Jordan B. Peterson podcasts (For the purposes of critique/critical thinking and dissection, with an emphasis on truth)

The Proper Definition and Place of Science

The Proper Understanding of Ethics vs Morals

The Proper Understanding of a non-Creationist View

The Proper Understanding of the error surrounding the Faith + Works Model

The Proper Understanding of Toynbee’s Criteria for Collapsing Cultures

The four loves in Greek and their right application

Henry Chadwick, The Early Church Vol. 1 in The Penguin History of the Church series. Rev

R.W. Southern, Western Society and the Church in the Middle Ages Vol. 2 in The Penguin History of the Church series