I’ve been a reading a lot of C.S. Lewis in recent months.  I was drawn initially for the combination of literary complexity and the Christian apologetics.  I found myself staying mostly for the pain.  At least that seems to be the case now that I’ve read “A Grief Observed” several times back to back.

Empathy is the curse of the otherwise content.  I find myself able to self-level much like an average glass of water.  While I may not come to peace as quickly as a crystal chalice, I eventually achieve motionless gravity on some level.  My problem?  I tend to empathize heavily and immediately to anything and everything that grabs my focus.  When joy is present I smile wider than those surrounding me.  When the black of death is present I am drawn lower into anguish than those I see and touch.

Some find a full time job tedious and burdensome.  Attempt having several constant burdens simultaneously, all while drowning.  Let that image sink deeply into you.

I’m drowning, and then someone tethers a burlap sack of tear-stained bricks to my ankle…  I flounder about grabbing and clawing for earth that isn’t there to grasp.  The water swallows my body just long enough for me to make a final effort to breathe air, while choking and coughing out the liquid, only to be repeated.  Having been waterboarded, I submit to you that of tremendous empathy being eerily the same.

The peculiar thing about a curse, are the polar opposites present when you seek them.  Blue skies take on an electric hue you hadn’t noticed ever before.  The laugh of children is more crystal clear in your ear.  The love you feel can no longer be described in words.  …You’re not sure you could ever adequately portray it to another earthly being.

As I read Jack’s book, I made every attempt to keep it in context.  This proved anathematic but was intended twofold – I wanted to understand Jack’s works properly, and I prayed I could avoid being drawn into something so dark I wouldn’t be able to remove the blinders for extended periods of time, fearing I would become lost.  I question if I accomplished either.  The context was often lost on me, and I became onyx each time I read, and for some time afterward…

Lewis wrote this book, not as a book at all.  These fragments were notes and annotations and memoirs and an outlet to cope with the losing and loss of his wife to cancer.  It wasn’t until much later he opted to organize it, toss in a pinch of refinement, and bake it into a pitch cake for the consumption of others who were stricken with the char of being severed from their loves.  I’ve some experience with loss.  Some were cancer with a myriad of other complications.  Others were heart attacks, strokes manifesting in the imprisonment within their own bodies, and the gasping for final breaths through the personal hell of lungs that refused to accept air.  Others were far worse…

If you’ve ever been in the room when the living cease, a transformation takes place.  A fool thinks the only metamorphosis is of the newly minted dead.  No, the living are altered irrevocably.

As I watched my inspiration, Mira, slowly transition to leave her body I believed, in some small part, that a miracle would manifest itself.  She’d be the one to defy odds and blaze a trail through modern medicine.  Even after her heart lie still, I had this foolish notion that something would change.  I begged for it.  The cause was worthy of His consideration, or reconsideration that is.  No bargains were struck.

The emotions I felt during the time surrounding Mira’s death came back to me, and not in ways welcome or understandable.  My hours consuming Jack’s extrapolations took me deeper into the somber.  And deeper yet.  I looked up to the light and swam that direction.  I came up for air occasionally, but all was still night.  I was blessed with air but an asterisk was placed on this posture.  The costs were considerable.  I never thought to check my wallet before committing…  There were times I wished I had.

I recall vividly being drawn back to a particular line in Jack’s “A Grief Observed” over and over and over.  “I thought I trusted the rope until it mattered to me whether it would bear me. Now it matters, and I find I didn’t.”  What did that mean?

The context you ask?  C.S. “Jack” Lewis was an extremely shrewd man and critical thinker.  He was immensely talented.  In this paragraph or two of the book he’s trying hard to push himself to think again, to spare his mind from the feelings he’s wrestling with.  Can you blame him?  The flood of emotions, his anger with God, and the natural reflections of a classic thinker took him into some really dark and wholly inconsolable coffers he was having considerable issue opening.  Jack prepared as well as anyone for the loss of his wife as she fought a raging cancer battle – a physical battle his mother hadn’t won when Jack was just a boy.

Jack was wrestling terribly with Faith and that surrounding it.  He was a rational and logical person and present was a template of Faith, but the proverbial organizational chart within it was absent, and those departments he’d known and believed true were no longer self-evident.  Was Jack’s tether, or ‘rope’ his connection to God?  Was it something he spoke of but had never tested?  Now tested, did he find the connection to God wasn’t intact?  Was there ever a connection?  Such are the questions we contend with in times of dire casualty.

Faith was Jack’s tether in my minute mind.  Jack’s Faith was fostered and well looked after.  Faith flourished in the place Jack built for it.  When Jack needed Faith, he didn’t find it.  More appropriately, Faith didn’t give him what he wanted more desperately than anything.  There was no consolation.  No peace.  No reprieve.

Let me write those two sentences from his memoirs a little differently for consideration.  “I thought my Faith would sustain me.  Now that I need it, my Faith isn’t.”

Is this the point in which I insert some scripture that rectifies all the pain the world will place upon us?  Usually…  Jack is wallowing in the most basic of all questions of Faith.  He is questioning all he has known.  At this point in grief he’s flummoxed and unsure.  …And if there are those who come from the wrong place to end up in the right one, C.S. Lewis was among them.  The beauty in his book is that just like all of us, Jack has loved as deeply as anyone could, and he’s experienced the loss of that love.  That’s it.  No more, no less.  Do you find that beautiful?  The bitter is necessary to appreciate the sweet.  He could have never penned these darkest of thoughts had he not flown higher and with more pleasure than any other experience in his life.  That Jack is capable of writing down what many of us only feel, is extraordinary and comes only of immense love.

The book continues and the pain is colossal.  Perspective is placed upon your beliefs.  The fortuitous thing about the book wasn’t only the empathy and compassion I had with his struggle.  It was the understanding that you cannot know lows as he described, as I have felt and as witnessed in other’s trials, unless you love and live to the polar opposite.  Thus the balance in this life.  How else can I look at this picture and know I smile as I cry? 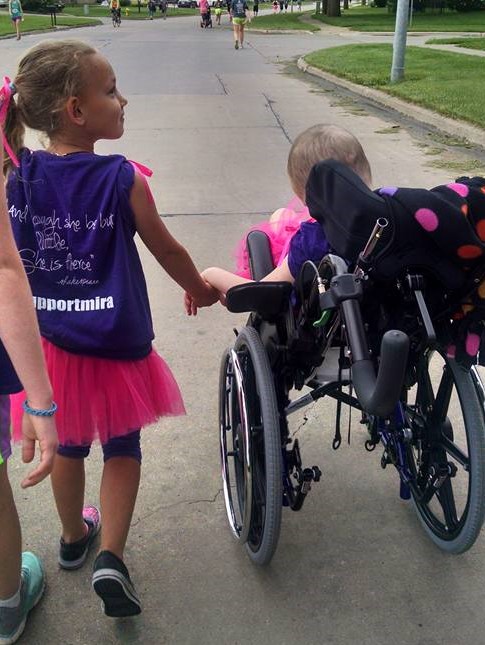 May you find your arrival, as Jack did, my friend.  It will remain my wish all my days.  -Michael